Module Level Power Electronics (MPLE), is the collective term for AC microinverter and DC Power Optimiser solar systems. These types of solar systems are more complex than traditional DC solar systems with string inverters, but come with a whole range of additional features and benefits which are explained in detail below.

SOLAR HYBRIDS offers both traditional grid connected String inverter systems as well as MPLE Solar Systems using AC micro inverters & DC Optimisers; both have advantages and disadvantages over one another, some of which only affect the installer, but a basic understanding of the workings of each type of technology will help you, the consumer, decide which system is best suited to your needs.

Traditional grid connected DC solar systems typically have one or more wall-mounted inverter, often referred to as a Central or String inverter, which is usually mounted on the wall near your property’s switchboard. These systems are quite simple in terms of the amount of componentry, but due to their problematic nature which is discussed in detail below, the design of these systems can be quite complex, and if not done correctly by an experienced professional, the result can lead to an under-performing and disappointing system.

DC Optimised Solar Systems share most of the benefits and features of an AC micro-inverter system. Although the solar array is in series producing high DC voltages of up to around 800V DC, they are known as ‘Safe DC’ solar systems. These systems still have wall mounted string inverters, but in the event that a DC cable in the roof becomes damaged or disconnected, the system’s inherent safety mechanisms ensure that the high DC voltage from the solar array is automatically cut to a low, safe DV voltage which is also current limited. This is achieved via a DC optimiser installed beneath each and every solar panel, in a very similar manner to an AC microinverter solar system. These optimisers are what also allow system monitoring at an individual panel level in real-time, in the same way that a microinverter system does. Many of the other advantages listed above such as shade tolerant & fault redundancy, longer warranties, extra electricity yield, flexible & simple system design, are also available to DC Optimised Solar Systems.

So which type of system is best for you? We would all like a chauffeur-driven Rolls Royce, but most of us have to settle for something a little less extravagant, and drive it ourselves. If budget constraints are a major factor in your decision, than perhaps a traditional DC solar system is the way forward; after all, solar power in any form is a step forward in the long run, both economically and environmentally. However, a smaller than perhaps desired MLPE system (micro-inverter or DC Optimiser) should also be considered if your budget is tight, as the system can easily be added to later. If you do not have a computer or internet, then a traditional DC solar system may be the way to go, as many of the advantages and benefits of an MLPE system would be null and void. If you are considering obtaining an internet connection at your property just for the purpose of having an MLPE system, then you should also factor in the ongoing internet costs of the system when considering the return on investment.

Whichever type of system you choose, quality components should always be on your agenda. Always keep in mind that not all solar panels are created equal, and the same goes for central & string inverters, microinverters, and DC optimisers. Take the time to research the product and the company selling or installing it. After all, you are not buying a tooth brush; few can afford to simply throw it out when it stops doing the job and buy a new one.

To view our range of string inverters, microinverters and DC optimisers, see our Products page.

Above left: A microinverter installation before the solar panels are clamped down. Above right: On-line monitoring showing the real-time power of every solar panel in a commercial installation. The University of Queensland – 226kW School of Pharmacy 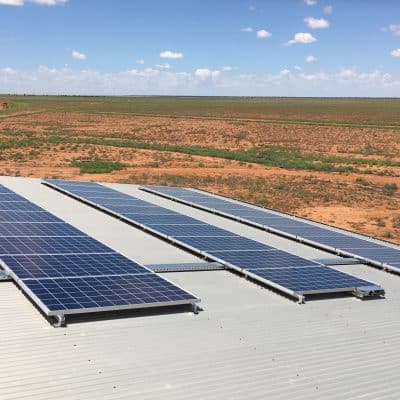 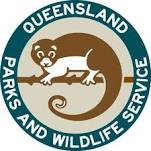